For September AzureUG.SG meeting i share what is Windows Azure Traffic Manager and how does helps organization to run worldwide enterprise applications. 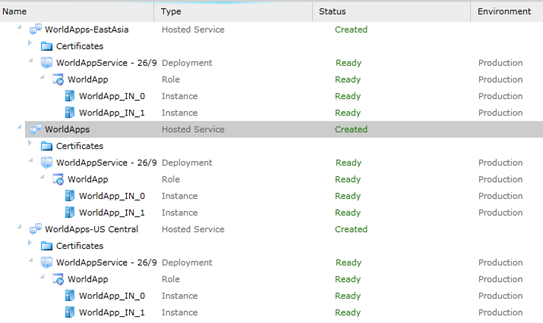 For this demo i hosted application in to following azure datacentres.

Configure Windows Azure Traffic Manager via Windows Azure Management Portal. The windows azure Traffic manager is currently on CTP so go beta program and request for access. (usually Microsoft approve your request every Wednesday) so you may need wait to activate this service. 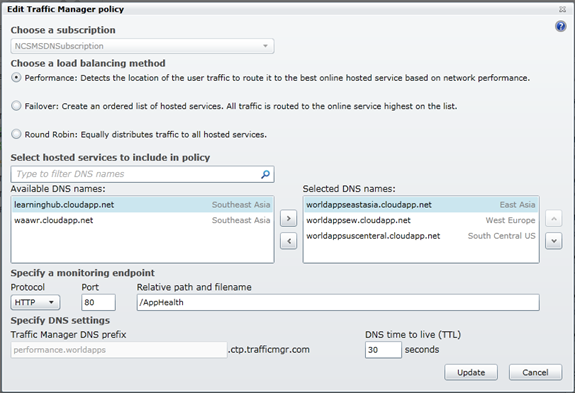 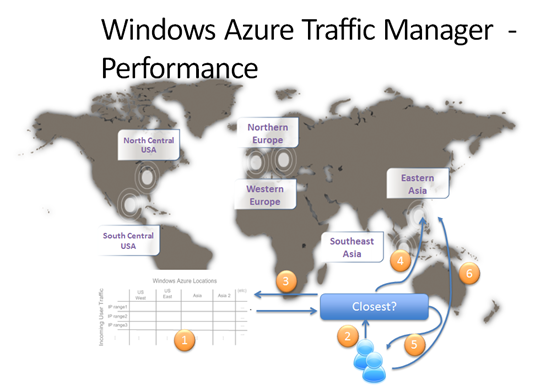 1. Performance Times Table built periodically - The traffic manager infrastructure runs tests to determine the round trip times between different points in the world and the Windows Azure data centres which run hosted services. These tests are run at the discretion of the Windows Azure system.

3. Performance table lookup - Traffic Manager looks up the round trip time between the location of the incoming request and the hosted services that are part of your policy using the table created in step 1.

4. Best performing service chosen - Traffic Manager determines the location of the hosted service with the best time. In this example, that is HS-D.

6. Service call - The client machine resolves the DNS name to the IP address and calls the hosted service. 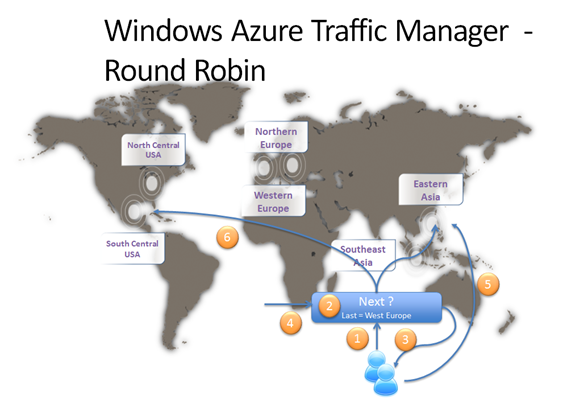 1. Your Traffic Manager domain receives an incoming request from a client.

3. Traffic Manager sends the DNS entry pointing to the next hosted service in the list back to the client. In this example, this is hosted service East Asia

4. Traffic Manager updates itself to so it knows that the last traffic went to hosted service East Asia . 1. Your Traffic Manager domain receives an incoming request from a client.

3. Traffic Manager returns the DNS entry to the client. The DNS entry points to the IP address of Eastern Asia.

View my complete profile
The content published in this blog are completely my working opinion & does not reflect any views of my employers.
எனது தமிழ் வலைப்பூ படியுங்கள்! சுவையுங்கள்!! சென்று பார்க்கவும் 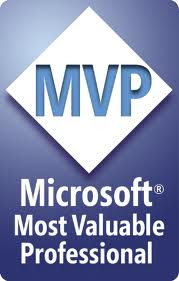 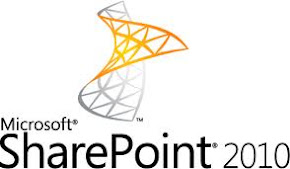